How to include both Accountability and Responsibility in project management 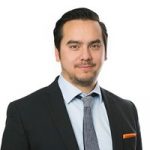 I remember being a fresh student, 17 years old at my High school’s newly introduced cooperation with a global German company with its Nordic headquarters in my birth town just north of Stockholm. It was a unique chance to study subjects once a week that were set to plant the seed for us students to pursuit a career within the technology field, and perhaps one day, an employment at this specific company. One of the courses that made an impression was the Project Management course. The first day we learned that a Project Manager is responsible for everything in a project. He or she could never blame downwards on the team members. Essentially, he or she was not just the accountable, but also in a way responsible for the work of each team member. Now coming from this type of doctrine, which I did not reflect upon very much at the time, and given that it was a German company, it is very different from what we are used to in Nordic originated companies.

During some of my first employments after finishing university, I got to experience this difference right from the start. In comparison to what I had previously been taught at the German company, many project managers seemed to be less authoritative and often had a very consensus-based leadership style. Although intuitively it might seem like a negative feature, this leadership style is not always bad. From my own point of view, I felt that the responsibility for being creative and taking initiatives was shared with all project team members, including the Project Manager. This created one of the pros. The biggest con on the other hand, was that sometimes this shared responsibility could create a vacuum in responsibility as there was a lack of understanding of what was expected from each team member. In some projects it felt like I together with my team members were driving, planning, executing, and overseeing the project, even though none of us at the time were the Project Manager. We had become both responsible for the work that was to be executed, as well as accountable for the outcome of the project. Something that would never have been accepted in the German company.

So that brings a question: how can we fully use the power of a consensus-based leadership style with its pros, without having to deal with the cons?

A few years back, to improve Optilon’s delivery model, we nailed down the culprit of the matter. We discovered it was the lack of guidelines describing what the responsibilities of each team member (including Project Manager and Account Manager) really was. The answer to the above question became the following: Define a Responsibility map. A responsibility map clearly states who is responsible for what, regardless of project or role in the team. To aid every project team we created a template of the responsibility map to be used as a standard tool in each delivery.

To make things clearer, we also decided to introduce the word Accountability into this template as a complement to the word Responsible. Since both Accountable and Responsible translates to the same word “Ansvar” in Swedish, the importance of accountability risked being left out.

The result: we combined the best things from two worlds. We now have a hybrid by combining the way of the German company and the Nordic consensus-based way. Now each project has a clearly defined picture of the responsibilities and accountabilities of each project member. Not all team members will have accountability, but in larger projects some will. Although never directly to the client, but to the Project Manager who in turn has it to the client. This means that team members will never have to find themselves acting as an interim or substitute Project Manager, and in instances of project uncertainties it will all travel in one direction – up-streams to the Project Manager.

We can see that this approach has helped us streamline our projects to be more consistent in planning and execution. This assures a higher success rate when helping our clients with all their different Supply Chain endeavors.