Counterfeiting – One of the great economic crimes of our time 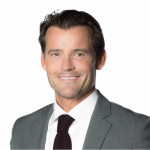 Anders
Remnebäck
Head of Application Board

The corona pandemic affects all aspects of society. The labour market is one of the areas that has been hit the hardest. Following the corona crisis nations are looking for new job opportunities. Counterfeiting is part of the problem – and the solution. It’s the cause of tens of thousands of jobs being lost every year in the Nordic countries. Simultaneously, e-commerce, which is the most important channel for counterfeit goods, has taken the piracy industry to new heights during the corona pandemic. A powerful strike against the industry could recreate tens of thousands of jobs in the Nordic countries alone.

The counterfeiting industry is a global mega industry that only continues to grow, and it actually grows more rapidly than the rest of the economy. The estimated market value varies from 500 billion USD (OECD) to an incredible 1.8 trillion USD (Research and Markets). The first figure is around three percent of all global trade. In Europe, the market share is nearly seven percent (OECD) of all trade on the continent.

Counterfeit products range from cosmetics to industry components. Each year, the turnover for counterfeit Swedish products exceeds 28 billion SEK. That’s a loss of 17 billion for Swedish companies (PRV). On the Swedish market, sports shoes are the most common counterfeit product. In total, the Swedish shoe and clothing industry loses 6 billion SEK due to pirating (SvD). But pirating extends to all areas and industries. Today, one of five spare parts for cars and more than every second bottle of perfume sold in Sweden is counterfeit.

Recently, pirated corona tests and vaccines have reached the global market, a fact that might have devastating consequences (FDA – 2020). The Swedish vaccine coordinator, Richard Bergström, has expressed great concern that Sweden too will be subjected to fake corona products. It’s a matter of life and death, in other words.

Counterfeit Products are a Problem in the Nordics

The competitiveness of Swedish businesses is reduced, and the loss of tax income can be counted in billions. For the Swedish government, the loss of tax income reached 7.5 billion SEK in 2016. Counterfeiting is a real and urgent problem for Sweden’s and the Nordic’s ability to compete globally, one that must be addressed and opposed, with force and efficiency, today.

Parallel to the advance of counterfeiting, an opposing trend grows increasingly strong. Consumer behaviour and preferences are shifting for good. It doesn’t matter if we’re talking about millennials or generation Z, there’s a clear trend that more consumers are driven by purpose and value, rather than financial aspects. The conscious consumer is already here, and their market share is growing rapidly. To attract this group a company must be able to prove that their goods are produced, transported and recycled sustainably, both socially and environmentally. The only way to approach this is to be able to prove that the value chain is unbroken – from raw material to the final product. If we can do that, we also make life difficult for those who produce counterfeits.

The broad extent of the counterfeiting industry makes it difficult to stop. All too many have something to gain from it, but in the long run even more people are losing because of it. There is no miracle solution to the problem. Instead, a series of actions are required, and the supply chain plays a crucial role in them.

The first and simplest action is to start with yourself. Don’t buy counterfeit products! According to the report ”Assuring that ’Made in Sweden’ is always made in Sweden” (”Säkerställande av att ’Made in Sweden’ alltid är det”), about half of the counterfeit products bought were bought by consumers who believed the product to be genuine. The other half were bought consciously. Be sure to be careful when you’re shopping from new marketplaces, and always question the authenticity of the product.

Create conditions to ensure an unbroken chain from raw material to delivered product in the long run. The key is to create a digital twin of the physical product, which can then be tracked in a secure manner. Blockchain technology can be used here, combined with a unique identifier (tag) such as an RFID, NFC or QR code.

A tag can be a part of the product or its packaging, and be scanned in the final step. By combining this with a blockchain solution the brand owner is able to gradually integrate their production both upstream and downstream, consequently increasing integrity and transparency of the supply chain. This creates new possibilities including better handling of guarantees, repair history, a more secure second-hand market, and extended product information.

And that’s not all. These data points also make it possible to identify defects in the supply chain, and more accurate information about incoming deliveries. If machine learning is applied even more insights can be reached. This gives businesses a vastly improved ability to approach the conscious consumer and their demands. Companies can kill two birds with one stone – make it more difficult for the those who pirate products, and secure demand of their products for the future.

To extend collaborations with suppliers and subcontractors, check their work, and educate them on the subject are all important actions to take. Raise the requirements you make toward them, and follow up on suppliers and transporters. A chain is never stronger than its weakest link, and this is exceptionally true in this case.

4. Team up with Your Customers

Your customers can make for a valuable ally to reduce the sales of pirated products and all the costs and negative consequences they entail. Offering web-based tools to prove the authenticity is one option. Build a clear organization and process to help customers report suspected breaches in a simple way, and make sure that you follow up on the reports. Team up with your customers and their customers, in a joint effort to combat counterfeit products.

5. Support SACG and other Similar Organizations

In the autumn of 2020, SACG (Swedish Anti-Counterfeit Group) worked vigorously with the new EU regulations within the Digital Services Act (DSA) – regulations that are central to all online sales in Europe. In a letter to the government, SACG appealed to “the need for stricter requirements to ensure that digital platforms are more active in preventing the sales of illegal products” (SACG).

To support various organizations like SACG as a business contributes to putting anti-counterfeiting on the agenda. Also ensure that your company reports any suspicion of crime to the police.

More Important than Ever to Address Counterfeiting

Counterfeit products reach far beyond fake sports shoes and perfume bottles. Today, it even affects something as crucial as corona vaccines. The counterfeiting industry is costing Swedish businesses billions of kronor every year. It results in significant loss of tax income. And it is the reason for the loss of tens of thousands of jobs in the Nordic countries on an annual basis. A powerful anti-counterfeiting reaction is needed, from multiple directions, now. By looking up, enhancing the debate and being observant to the dangers and losses, we might be able to see the possibilities the fight can bring with it. Counterfeiting is one of the greatest economic crimes of our time. To tackle the problem for real would mean great rewards, especially in times like these.